Locked up and Reset 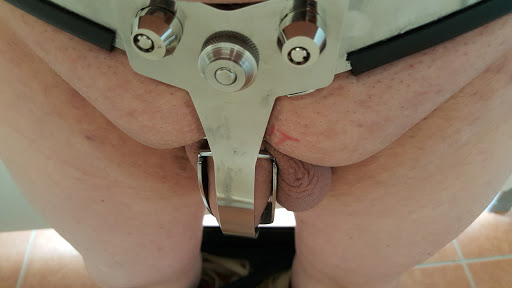 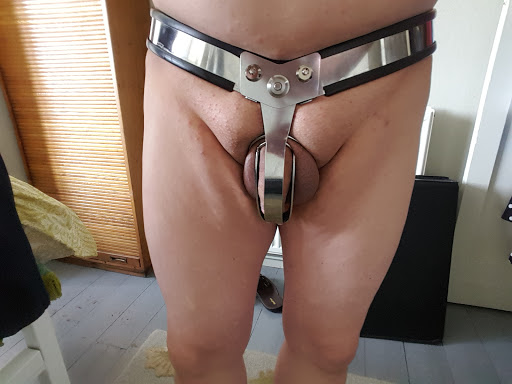 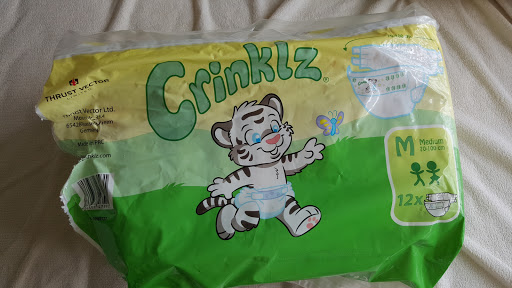 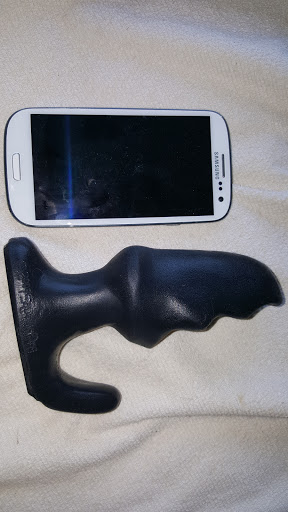 Well the belt went back on Sunday.., it was my forfeit for being allowed to climax inside Mistress…

So on Sunday afternoon Mistress told me that she was going to put me in my pink inside , blue outside PVC suit. It has enclosed arms think padding between your legs and zips up over your face which allows Mistress to lock it closed. And to keep me occupied the big butt plug in the images was pushed into me… That is so intense and despite the earlier orgasm I could feel it moving around me as Mistress locked it closed and my breathing depended through the slight lack of air.  Then I felt the sudden pain as Mistress’s whip hit my legs, my left , my left foot and then my right leg, my right foot. A slight lull and then the paddle coming down hard on my skin, and trying not to yelp.   Mistress telling me to be quiet.   What next followed was the spiky paddle.  It has pins sticking out of the surface and Mistress first smacked my exposed legs with it before wrapping it around my legs and feet and squeezing hard.  This is a quite intense pain and pleasure.  The big plug moving around inside me was causing me to leak I could feel it slowly coming out of my locked cock….

Then more spiky pain (we have a device with a handle and big spikes, I believe it is for removing wallpaper), and felt this run down my legs, I was really getting vocal and Mistress told me to be quiet or it would be worse.   This all went on for nearly 30 minutes before Mistress unlocked the suit and released me, I was hot sweaty and dripping precum from the belt.  My legs were marked and Mistress looked very pleased with herself.

The plug was still inside me and after managing to walk around with it for another 20 minutes at which point a visit to the toilet needed it removing.

The belt was working it’s magic all evening and at bed time, I was told I was to remove it as we would be going back to nappies each evening.

This is one of the brilliant things about this belt, It can all be done very quickly easily if required. So the belt came off and a crinklz nappy went on, not before Mistress teased me and made me very hard before pulling the nappy in very tight and said..